Let’s see and explore the whole of this while we take into keen consideration which one might be the best and how we can successfully use them all over to make the kayak fishing endeavor a success. More of this is the techniques that work best for the lures and generally how we use them to the success of the entire exercise.

As often said, the learning in terms of fishing starts from the point of using what you have in your own way to play and land a fish. In this case, we better start it from the point of lures and baits to make it even a simpler approach.

What’s the Difference Between Bait and a Lure?

Many beginners on kayak fishing often get confused when it comes to this. Both a lure and a bait can be used to track and catch a fish. What’s the difference? In cases, a lure is a fake bait, basically not a live one while the bait is one that is alive.

It can be a small fish to catch a bigger fish or shrimp to catch small fish. On the other hand, lures are crafted to attract fish whereby they think they’re real creatures that they can feed on. Lures, therefore, do the same work as bait would do.

Having known that, now let’s walk through the whole idea of lures and see which ones are good for which purpose. Taking into consideration that lures are used in any water grounds but depending on the target, there is a little variation in the way they’re used as well as how they’re used.

Remember to tackle the fish wise as we use the lures. Some people tend to forget this when they dwell so much on the lure itself. Working on it at the point where the fish can be stupid enough to fall for the trap is all we have to focus on especially on this.

I am basically talking about how to handle the lures to make sure the trips are a success. For example, we can opt to slot the kayak fishing lures at a distance, well between the rugs on the kayak will ensure there is balance in the catch at the end of the day.

It is important to note that the bait game of catching fish on kayaks often begins from the lures. The lures here bring up the natural baits. The little fish are easily attracted to the lures than the big fish.

Therefore it is part of the beginning. However, there are trawled lures that are set at an angle to pick multiple fish all the same. Now with lures, there are major techniques that are applied to make sure there is a possibility of coming up with the catch we desire. We are going to discuss some to yield the most from our labor.

Our main focus is on how we are to use the kayak fishing lures to make a great catch. Sometimes, we opt for a multi chance and trust the contours with both the lures and real baits. Along the soft contours, the swimming Phillies as the fake fish are called, swim along with the tune of the water they appear real and therefore there is a great ability and possibility to come up with a reasonable catch along the contour.

This is always the first place for many kayak fishers especially those who are a little comfortable with kayak fishing lures. The problem. with the Phillies at the contours is that they may make a little delay but all in all they perform.

Remember on the contour lines, from the nose backward, the lures appear real and appear to be swimming to the same tempo as the water. So if we place them as the target on the trawl soon before they enter the targeted zone, we are likely to make a broad catch.

Solitary lurks often found a pleasurable Haven behind the Rocky edges. The reason we go for the Rocky edges is that the kayaks swim through them with little disturbance, making them easier. In the same area, apart from the Phillies, the worm hooks work very well and are quite better since they can still sink through multiple catches over and over again.

Slightly off the shore

This is another spot that kayak fishing lures often work out very well. However, we have to take into keen interest the way we work it out altogether. In most cases, the waters are quite calm. There are many layers under the surface.

We now ought to know which one we should opt for when we chase through with the lures. On the upper layers below the water, there is actually a lot of small fish to catch but the fun is embedded a little deeper into the subsurface where we get the snappers! It’s fun for sports to land on a snapper.

The wrestler needs more tactics and a little more tricks. You may have noticed that lures go deep into the waters in a faster and silent wave compared to other natural baits.

Lures are nice to use especially when because they do not need ball sinkers to have them go up to 25 meters below the surface. In major cases, they drift their way down although there are obstacles that might hinder the drift but still, it is workable on that line.

What we need to do is make sure we have the right length of rods rigged along the correct line to go along with the right lures for the catch.

These are basically lures shaped to mimic small baitfish that attract the larger fish. Many of them are rubber headed small fish body shapes that are attached to a monk rig which can be drifted to trawl up a healthy catch.

They are always available in any tackle shop and they come in different variations that mimic different baitfish. Remember it is easier to catch a certain type of fish by tricking it with what it likes eating.

Different Hokkai rigs are loaded according to the target to find the desired type of fish. The Hokkai rings can be specifically used to target mid-sized fish that are not very far away from the coastline.

Typical of the Hokkais rigs, this rig features quite a different form of lures. They are basically made of a little lighter material with a focus on the attractors. The main attractor is the fish skin that is dressed on small fish-like structures.

There are also beads on the upper section to serve the purpose of even more attraction. The Sabiki rigs come in packs of rings long enough to work up several small and mid-sized fish. The luminous effect of attraction is the major thing here and we have to work it out on that basis.

With the appropriate lures, we can catch several species of different types baited on different lures.

There are some lures fitted with hooks that mimic the formation of worms. They specifically target the small baitfish as well as other small fish. The lures are nice to use since they can capture multiple fish over and over again. They are a preference for many kayak fishers considering the space available in the kayaks for the catch.

You could also read about kayak fishing tips.

Kayak fishing lures are some of the major fishing equipment that requires more tactics and jigs to come up with a successful sportfishing experience since many of the kayak fishers are sport fishers.

Good enough, they make it an enjoyable experience since there’s a lot involved in making sure the lures are cast out in the right formation and that they come up with a great catch after all. At the end of it all, it’s the catch that matters.

This time we’re going to try out lures alone and see how it goes on the normal kayak fishing grounds. I am pretty sure there is a great difference in the use of other methods from the use of lures. A lot more is required in terms of skills but on the other side, it’s a little favorable to use the lures. There we go, let’s try them out! Kayak fishing lures. 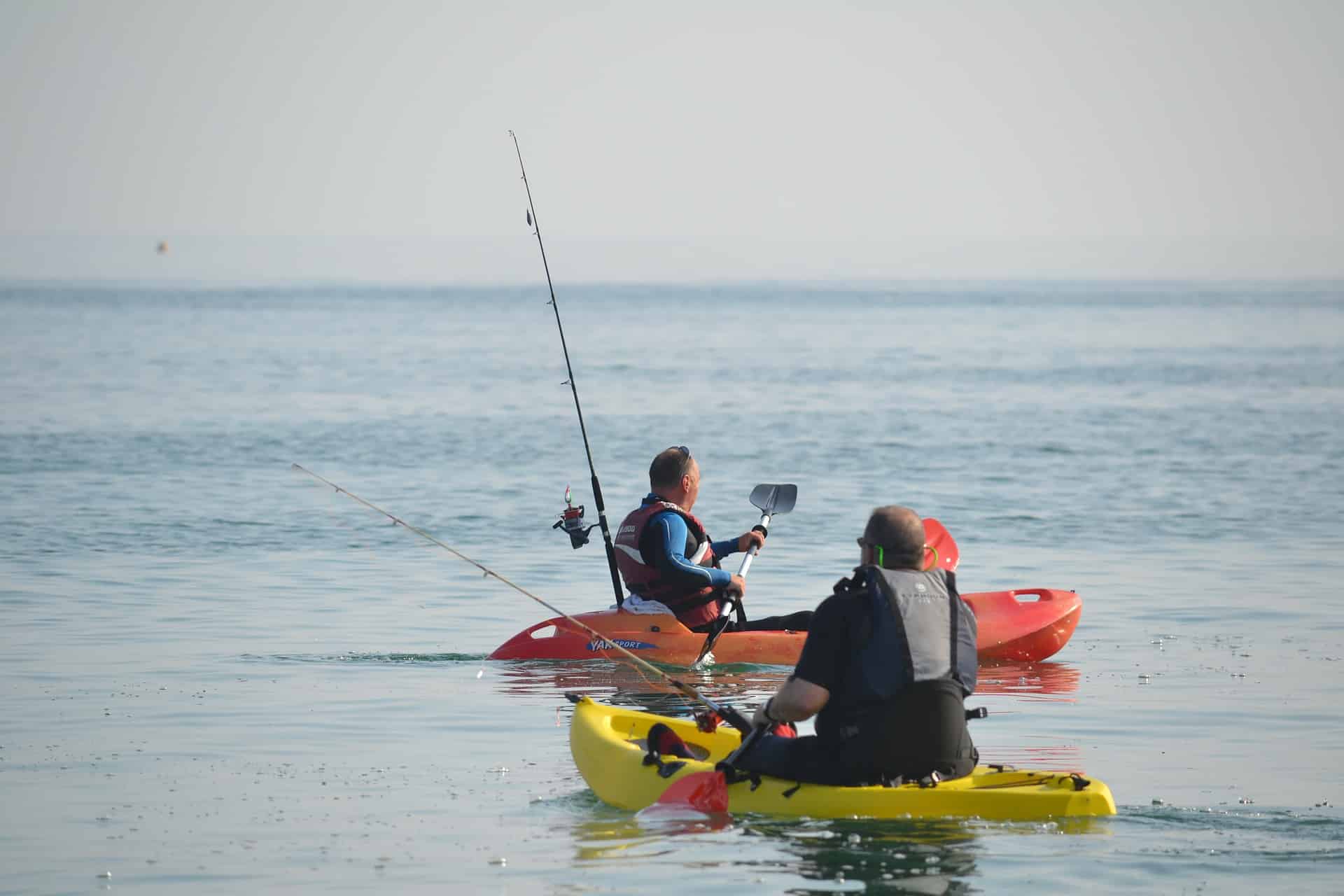 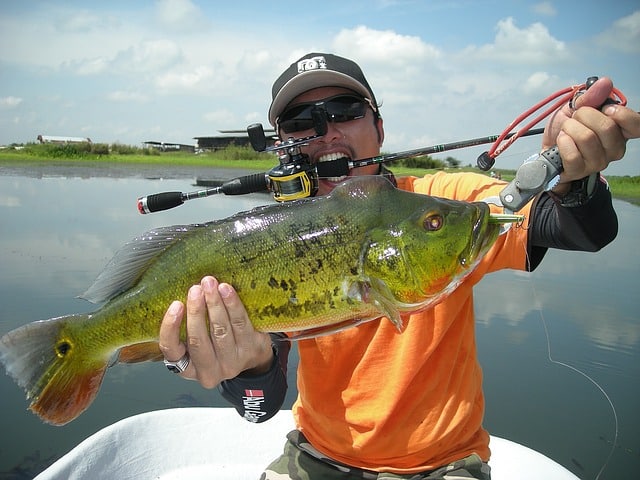 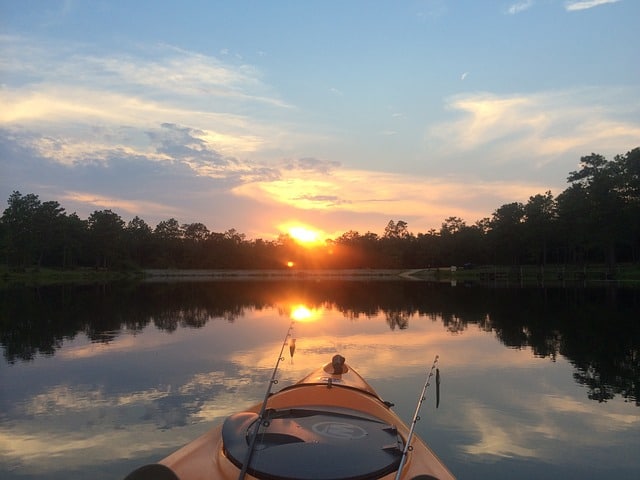